The HC-SR04 ultrasonic sensor is a very affordable proximity/distance sensor that has been used mainly for object avoidance in various robotics projects. It essentially gives your Arduino eyes/spatial awareness and can prevent your robot crashing against a wall. It has also been used in turret applications, water level sensing, and even as a parking sensor.

XML is a software and hardware independent tool for storing, transporting, and sharing data between incompatible systems, or upgraded systems. XML stores data in plain text format.
I try to convert an Excel file to an XML data file, or vice versa to share with other software. 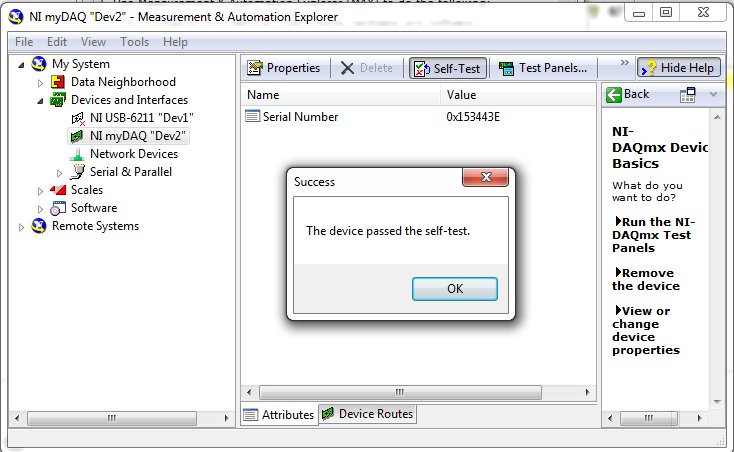 Connect NI myDAQ to your PC with USB cable. Start MAX (Measurement & Automation Explorer) to view if the device is connected to your system, by running the system diagnostics. In MAX application, on the left colum, select Devices and Interfaces and then click on myDAQ icon. If Microsoft Windows detected the device, on the center colum you can view the Self-Test button highlighted, so you can click on it and if the device is working perfectly, you can see a Success popup and read: The device passed the self-test. So you can reduce or close MAX.